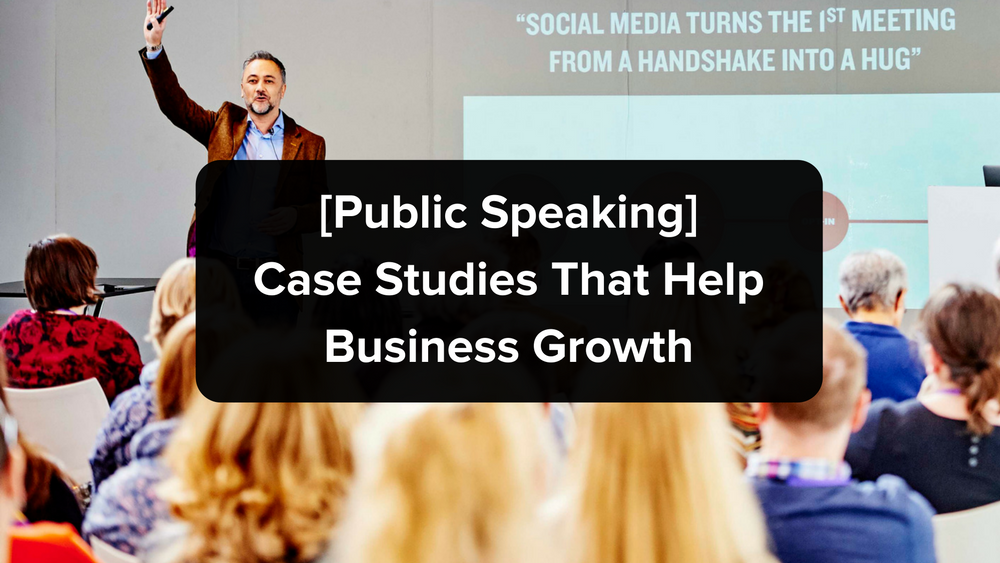 I remember the first time I spoke in public at an event and I was shaking, my hands were sweaty and it was the most nerve wracking thing I had done at that point to further my career in business.

Regardless of whether you are a startup or small business in a product or service industry, there is no better way to get your business in front of your target customers than public speaking at an event, to your target audience.

I was inspired to write this article by Dorie Clark who is a contributor at Entrepreneur.com. He spoke about the research he did around public speaking experts, and their journey to growing their business. I am going to share two of these stories with you, as well as my own story to help you grow a business through public speaking.

The first case study Dorie Clark shared in his article was based on Tom Peters; co-author of In Search of Excellence. Tom said that he was writing articles for “anybody and everybody” and was doing around 125 speeches a year. This in turn built his credibility in the industry as a thought leader, and this reputation lasted for decades.

The second case study I read was about Angela Lussier. Tom said he met Angela when he was delivering a panel discuss, of which she was a part of. Angela quit her job at a recruiting firm back in 2009 as she wanted to turn her passion into a business. At this point, she was financially unstable, with $2,000 in the back and she had to do something, fast.

Angela Lussier then reached out to local college career centres, offering to do free workshops to increase her visibility but this didn’t work out for her. She then contacted various local libraries; 30 in total, until one finally said yes. One public speaking style workshop turned into a 8-part series. Within a week of leveraging this, she had booked 32 public speaking workshops in the space of two months.

Back in 1997, when eBay was just a year old, I was burnt out and I had lost focus and started to feel depressed and could not get up for work in the morning. At this point, I had enough of feeling depressed and I bought a newspaper, and started searching for a job focused on a skill; sales. I found a commission only opportunity. Two weeks into a job, I went into a company to discuss how I could help them save money. The owner of this business turned my sales pitch into a job interview, and within three years, I was the Sales Director of a global retail business turning over millions. After 10 years of travelling back and forth from China, with this global Disney license, everything was going great for me, until I received a devastating phone call that a family member was terminally ill, and through asking celebrity influencers I saw an opportunity to help through the use of Social Media.

This is what lead me to my first public speech, in front of 1,000 people about a fundraising campaign to pay for medical costs. This was where I caught the speaking bug.

I then began taking speaking more seriously and when I launched my social selling Ecommerce platform in 2010, I found myself talking at various different trade shows across the UK, as well as in front of investors and shareholders where I successfully managed to secure investment through the SEIS scheme, valuing the business at one million pounds in less than 2 years. Unfortunately, late 2013, we had to close down the company. I had to start all over again, but this time older and wiser.

At this point, I had built a strong personal online profile, and had great relationships with event organisations, where I continued to speak and add value through education marketing.

Fast forward a few years, and I’m an multi-award entrepreneur, professional speaker, author and certified online trainer, speaking at hundreds of events across the world, and earning a 6-figure income doing so.

The reason I wanted to share my story with you is to show that to become successful, you do go through failures in life and I know this first hand. Public speaking is hard work, and there are thousands of amazing public speakers, so YOU need to find out what makes you stand out and don’t be afraid to start small, and work your way up.