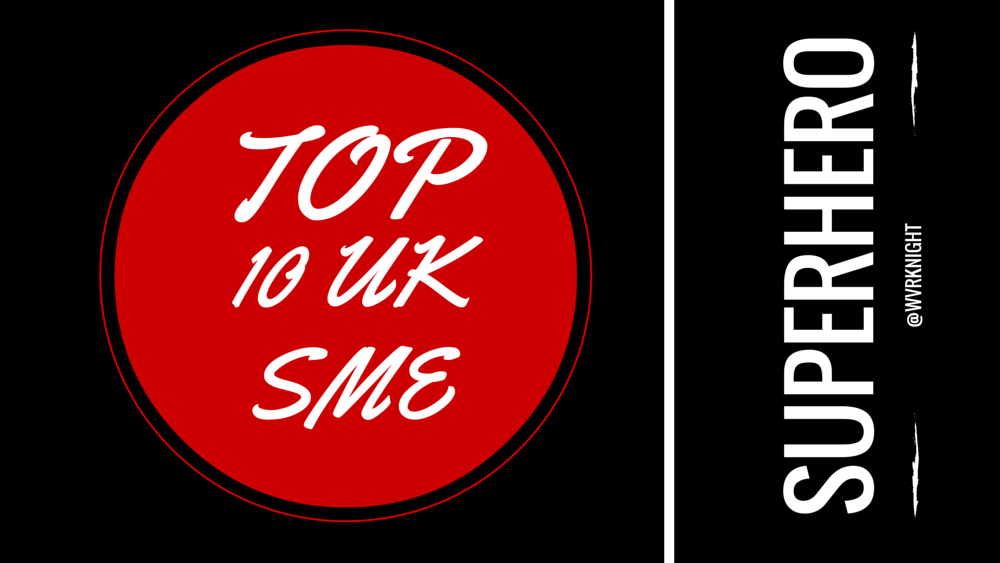 It’s not often that I get called a superhero but earlier this week that changed when I saw a mention on my Twitter newsfeed regarding the list and Small Business Saturday.

Small businesses make up 99.9% of all companies in the UK. They are the life and soul of the economy and without them, local communities would struggle to keep afloat. At the start of 2013, around 4.9million UK SME’s employed 14.4 million people. To recognise these businesses, and everything they have achieved, an annual campaign was introduced called Small Business Saturday.

To honor this campaign, a list was created with 10 entrepreneurs who work with small businesses in one way or another and I was lucky enough to be included.

As someone who has worked in the SME sector for over 7 years, this is a great honor for me and one which I won’t take lightly (well, batman didn’t, did he?).

Thank you, Aldermore Bank for including me and I won’t let you down as one of your top 10 UK SME superhero’s.